Although the therapeutic use of pulsed magnetic fields has long been in existence, understanding its mode of action has been poorly understood. As early as 1940, Nagelshmidt proposed that its action was at the cellular level and this has now been supported by research. It has been shown that damaged cells have a reduced negative charge, with a subsequent effect on the flow of ions. This causes a build-up of fluid and prevents the normal cellular metabolism from taking place. Research by Bauer and more recently by Sansaverino (1980), confirmed that pulsed electromagnetic fields can restore the ionic balance and return the cell to its normal functions.

Bassett also foresaw the extension of pulsed magnetic field therapy to other areas of medicine. This has now taken place, with an increase in scientific research and clinical trials in the UK, and throughout Europe, Russia and the USA. 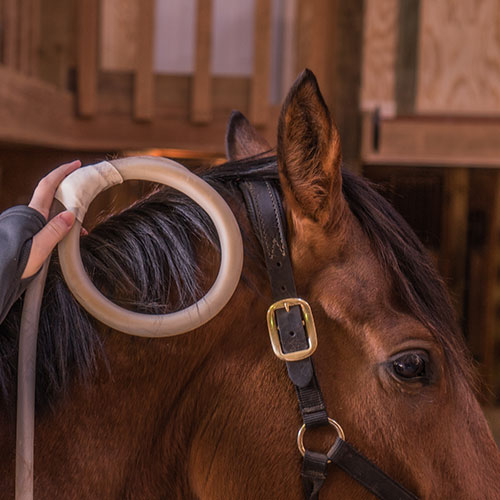 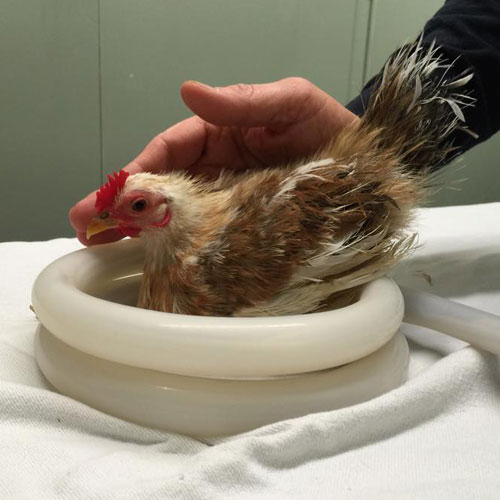 THE RANGE OF APPLICATIONS HAS COVERED:

Research into these and other areas have shown good rates of success, with no detrimental side effects. For optimum results, low-frequency sustained pulsed magnetic fields should be applied, with specific problems responding best to specific frequencies. For example, pain can be blocked using a base frequency of 200Hz as this brings about hyper polarization of nerve cells and inhibits transmission of pain signals. For wound healing, a base frequency of 50Hz is most effective, with a pulse rate of 17.5Hz.

THE ROLE OF PULSED MAGNETIC FIELD THERAPY IN VETERINARY PRACTICE

The use of a 200Hz base frequency as a pain block also has been beneficial in facilitating the examination of an injured animal. Practitioners have found that an initial 10-minute treatment reduces an animal’s distress so that it will then tolerate further handling in order to apply a treatment or to enable the manipulation of an injury.

Once a diagnosis has been made and the desired therapeutic frequency determined, pulsed magnetic field therapy is simple to apply and can safely be administered by the owner. This means that treatment can be given more than once a day on a regular basis between visits to the surgery – thus speeding up the rate of healing and reducing demands on the time of the practitioner. In the UK, trained animal therapists operate under the direction of veterinary surgeons to provide pulsed magnetic field therapy as part of a physiotherapy program for animals. Students come from all over the world to a training center to be taught the methods and how to use the equipment for optimum effect.

PULSING ELECTROMAGNETIC FIELD THERAPY IN NERVE REGENERATION: AN EXPERIMENTAL STUDY IN THE CAT.

A multidisciplinary approach to the study of peripheral nerve regeneration in the cat has been presented. The purpose of this work has been to determine if pulsing electromagnetic field (PEMF) therapy can enhance peripheral nerve regeneration after injury. In equal groups of animals, two types of pulsing electromagnetic field treatment were compared with untreated controls. All animals underwent quantitative electro physiologic and morphologic assessment at the area of injury. In addition, muscle fiber sizing in the periphery and retrograde labeling of anterior horn motoneurons with horseradish peroxidase were studied. Results have shown no statistical differences between the groups in electro physiologic or morphologic parameters. However, in animals treated with a pulse-burst electromagnetic field, there was a statistically significant improvement in the labeling and localization of anterior horn cells in the central nervous system. These results indicate that pulse- burst electromagnetic radiation can increase the numbers of motor neurons that re-establish appropriate connections to the periphery after nerve injury.
Orgel MG, Orgel MG, O’Brien WJ, Murray H. Plast Reconstr Surg

OBJECTIVE: The purpose of this study was to determine the effect of pulsed electromagnetic field (PEMF) exposure on healing tibial osteotomies in New Zealand White rabbits. DESIGN: One-millimeter Giglisaw osteotomies were stabilized by external fixation. One day after surgery, rabbits were randomly assigned to receive either no exposure(sham control) or thirty minutes or sixty minutes per day of low- frequency, low-amplitude PEMF. Radiographs were obtained weekly throughout the study. Rabbits were euthanized at fourteen, twenty-one, or twenty-eight days, and tibiae underwent either destructive torsional testing or histologic analysis. To determine the baseline torsional strength and stiffness of rabbit tibiae, eleven normal intact tibiae were tested to failure. RESULTS: Sixty-minute PEMF-treated osteotomies had significantly higher torsional strength than did sham controls at fourteen and twenty-one days postoperatively. Thirty-minute PEMF-treated osteotomies were significantly stronger than sham controls only after twenty-one days. Normal intact torsional strength was achieved by fourteen days in the sixty-minute PEMF group, by twenty-one days in the thirty-minute PEMF group, and by twenty-eight days in the sham controls. Maximum fracture callus area correlated with the time to reach normal torsional strength. CONCLUSION: In this animal model, low- frequency, low-amplitude PEMF significantly accelerated callus formation and osteotomy healing in a dose-dependent manner. Fredericks D. et.al. Uni of Iowa College of Medicine, J Orthopedic Trauma

PULSED ELECTROMAGNETIC FIELDS SIMULTANEOUSLY INDUCE OSTEOGENESIS AND UP REGULATE TRANSCRIPTION OF BONE MORPHOGENETIC PROTEINS 2 AND 4 IN RAT OSTEOBLASTS IN VITRO.

Pulsed electromagnetic fields (PEMF) are successfully employed in the treatment of a variety of orthopedic conditions, particularly delayed and nonunion fractures. In this study, we examined PEMF effects on in-vitro osteogenesis by bone nodule formation and on mRNA expression of bone morphogenetic proteins 2 and 4 by reverse-transcriptase poly Merisel chain reaction (RT-PCR) in cultured rat calvarial osteoblasts. PEMF exposure induced a significant increase in both the number (39% over unexposed controls) and size (70% larger compared to unexposed controls) of bone-like nodules formed. PEMF also induced an increase in the levels of BMP-2 and BMP-4 mRNA in comparison to controls. This effect was directly related to the duration of PEMF exposure. This study shows that clinically applied PEMF have a reproducible osteogenic effect in vitro and simultaneously induce BMP-2 and -4 m RNA transcription. This supports the concept that the two effects are related. Bodamyali T. et.al. Postgraduate Medicine, Uni of Bath, UK Biochem Biophys Res Commun

EFFECTS OF ELECTROMAGNETIC STIMULATION ON THE FUNCTIONAL RESPONSIVENESS OF ISOLATED RAT OSTEOCLASTS.

We report the effects of pulsed electromagnetic fields (PEMFs) on the responsiveness of osteoclasts to cellular, hormonal, and ionic signals.Osteoclasts isolated from neonatal rat long bones were dispersed onto either slices of devitalized cortical bone (for the measurement of resorptive activity) or glass coverslips (for the determination of the cytosolic free Ca2+ concentration, [Ca2+]). Osteoclasts were also co-cultured on a bone with osteoblast like UMR-106 cells. Bone resorption was quantitated by scanning electron microscopy and computer- assisted morphometry. PEMF application to osteoblast-osteoclast co-cultures for18 hr resulted in a twofold stimulation of bone resorption. In contrast, resorption by isolated osteoclasts remained unchanged in the presence of PEMFs, suggesting that osteoblasts were necessary for the PEMF-induced resorption simulation seen in osteoblast-osteoclast co-cultures. Furthermore, the potent inhibitory action of the hormone calcitonin on bone resorption was unaffected by PEMF application.However, PEMFs completely reversed another quite distinct action of calcitonin on the osteoclast: its potent inhibitory effect on the activation of the divalent cation-sensing (or Ca2+) receptor. For these experiments, we made 2-based measurements of cytosolic [Ca2+] in single osteoclasts in response to the application of a known Ca2+receptor agonist, Ni2+. We first confirmed that activation of the osteoclast Ca2+ receptor by Ni2+ (5 mM) resulted in a characteristic mono-phasic elevation of cytosolic [Ca2+]. As shown previously, this response was attenuated strongly by calcitonin at concentrations between 0.03 and 3 nM but remained intact in response to PEMFs. PEMF application, however, prevented the inhibitory effect of calcitonin onNi2+-induced cytosolic Ca2+ elevation. This suggested that the fields disrupted the interaction between the calcitonin and Ca2+ receptor systems. In conclusion, we have shown that electromagnetic fields stimulate bone resorption through an action on the osteoblast and, by abolishing the inhibitory effects of calcitonin, also restore the responsiveness of osteoclasts to divalent cations.
Shankar V. et.al. Center for Osteoporosis and Skeletal Aging, Philadelphia J Cell Physiol

Electromagnetic fields are now being used in many diseases such as osseous, ligamental, cartilaginous, or nervous reparation, diabetes,and myocardial or cerebral ischemia. Although many publications show the usefulness of magneto-therapy, discrepancies exist about the utility of electromagnetic fields in skin wound healing. The objective of this work was to study the effect of pulsed electromagnetic fields on wound healing in rats. Twenty-two male Wistar rats were used; a circular lesion was made in the back of each animal. They were divided into three groups: group C (control) with sham treatment (n = 8), groupNF, treated with topical nitrofurazone solution (n = 7), and groupPEMF, treated with pulsed electromagnetic fields of 20 mT (n = 7). The treatments were 35 minutes twice a day. The absolute and relative values of the area and perimeter of the wounds showed significantly lower values in the PEMF group at days 7, 14, and 21 compared with those in group C (p < 0.01, analysis of variance), whereas the PEMF group showed significantly lower values at day 21 only compared with the NF group (p < 0.01, analysis of variance). The results suggest a significant beneficial stimulation in the wound healing process in rats treated with PEMF, which could lead to the development of a practical tool for research and clinical use. Patino O. et.al. Postgraduate Reconstruction. and Plastic Surgery, Uni del Salvador J Burn Care Rehabilitation. 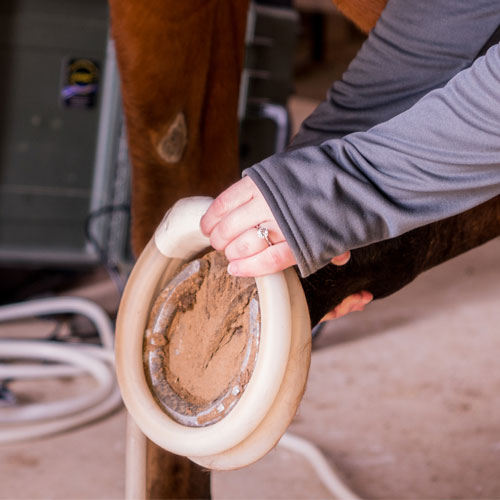 Previous studies showed that exposure to pulsed electromagnetic fields (PEMF) produced a 22% increase in the axonal regeneration rate during the first 6 days after crush injury in the rat sciatic nerve. We used the same injury model to assess the effect on functional recovery.The animals were treated with whole body exposure to PEMF (0.3 mT, repetition rate 2 Hz) for 4 h/day during Days 1-5 while held in plastic restrainers. Functional recovery was serially assessed up to Post injury Day 43 using recently described video imaging of the 1-5 toe spread and the gait-stance duration. Footprint analysis was also used in the calculation of a sciatic function index. Those animals treated with PEMF had improved functional recovery, as compared to sham controls, using the tests for video 1-5 toe spread and gait-stance duration (P =0.001 and P = 0.081, respectively). This effect was found throughout the 43-day recovery period. No effect was found using the sciatic function index. This study confirms that functional recovery after nerve crush lesion is accelerated by PEMF and has broad implications for the clinical use of these fields in the management of nerve injuries. Walker J. et.al. Orthopaedic Surgery, Uni of Kentucky Exp Neurol

EFFECT OF PEMF ON FRESH FRACTURE-HEALING IN RAT TIBIA.

The present experiment was designed to find out whether PEMF can act as a healing agent on induced fracture of rat tibia. Eighty rats were taken for this experiment. Under general anesthesia mid-shaft of tibia and fibula of all rats were osteotomized, Intra-medullary nailing was done for proper alignment of the fractured fragments. The animals were then divided into two groups: group-1 and Group-II. Each group contained forty animals. Out of these forty animals, twenty were treated as experimental and twenty as the control. From the third day of the osteotomy, PEMF was applied to experimental rats around the osteotomy sites for a period of nine hours a day. PEMF was not applied to the control rats. The animals of group-1 and group-II were sacrificed after applied one week and three weeks of PEMF, respectively. Radiological and microscopical examination of the callus were performed. Gross and microscopic measurements of the callus were statistically analyzed. The growth of callus was taken as a criterion of fracture healing. The results of the present experiment revealed significant enhancement of fracture healing in group-I. The results of the radiological evaluation of group-II experimental animals were also consistent with the morphological analysis. It was concluded that healing of fractured rat tibia was enhanced by the application of PEMF and this effect of PEMF was more pronounced at the end of the third week. Sarker A. et.al. Dep. of Path., Okayama Uni, Japan. Bangladesh Med Res Counc Bull 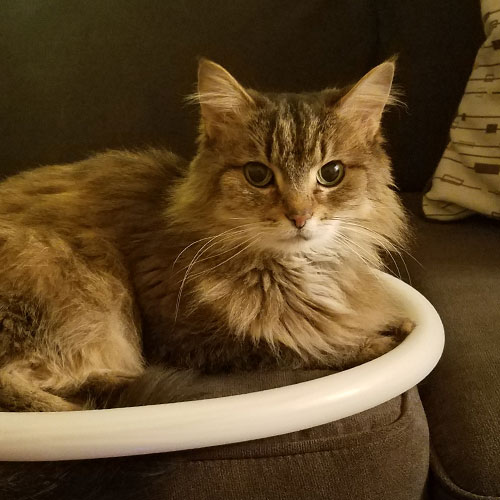