To measure Gauss output on each attachment for the Semi, Mr. Ziemer used a small coil connected to the meter. He explained that the coil is placed inside the circle of the attachment then the reading is conducted. The coil is then turned over and a second reading taken. The two readings are then added together to determine the Gauss output of a specific attachment. 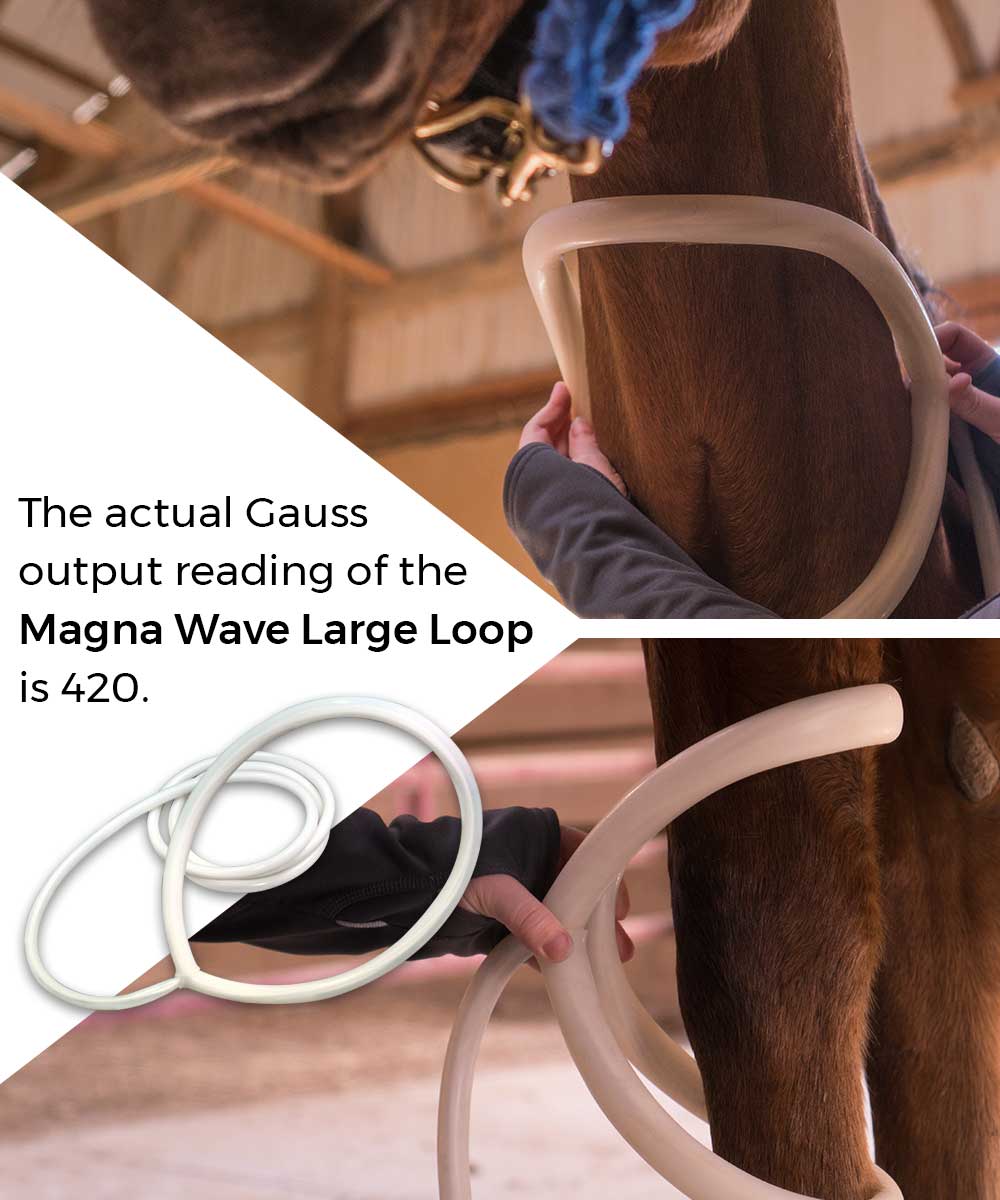 Last, he attached the Magna Wave Semi to the Magna Wave Equine Wings. The wings are twenty-four inches in diameter. They were not open for the demonstration. By having them closed, laying on top of one another, they would produce their maximum Gauss output. Mr. Ziemer explained this was the same for the butterfly attachment which had been closed for the first demonstration.

Interestingly, although the Magna Wave Equine Wings were larger they put out less Gauss, yet get more muscle movement, than the butterfly attachment or the Magna Wave Large Loop. Mr. Ziemer explained you wouldn’t even actually use the high setting, he was only using it for the demonstration of maximum Gauss output. For actual use he recommended the medium setting. 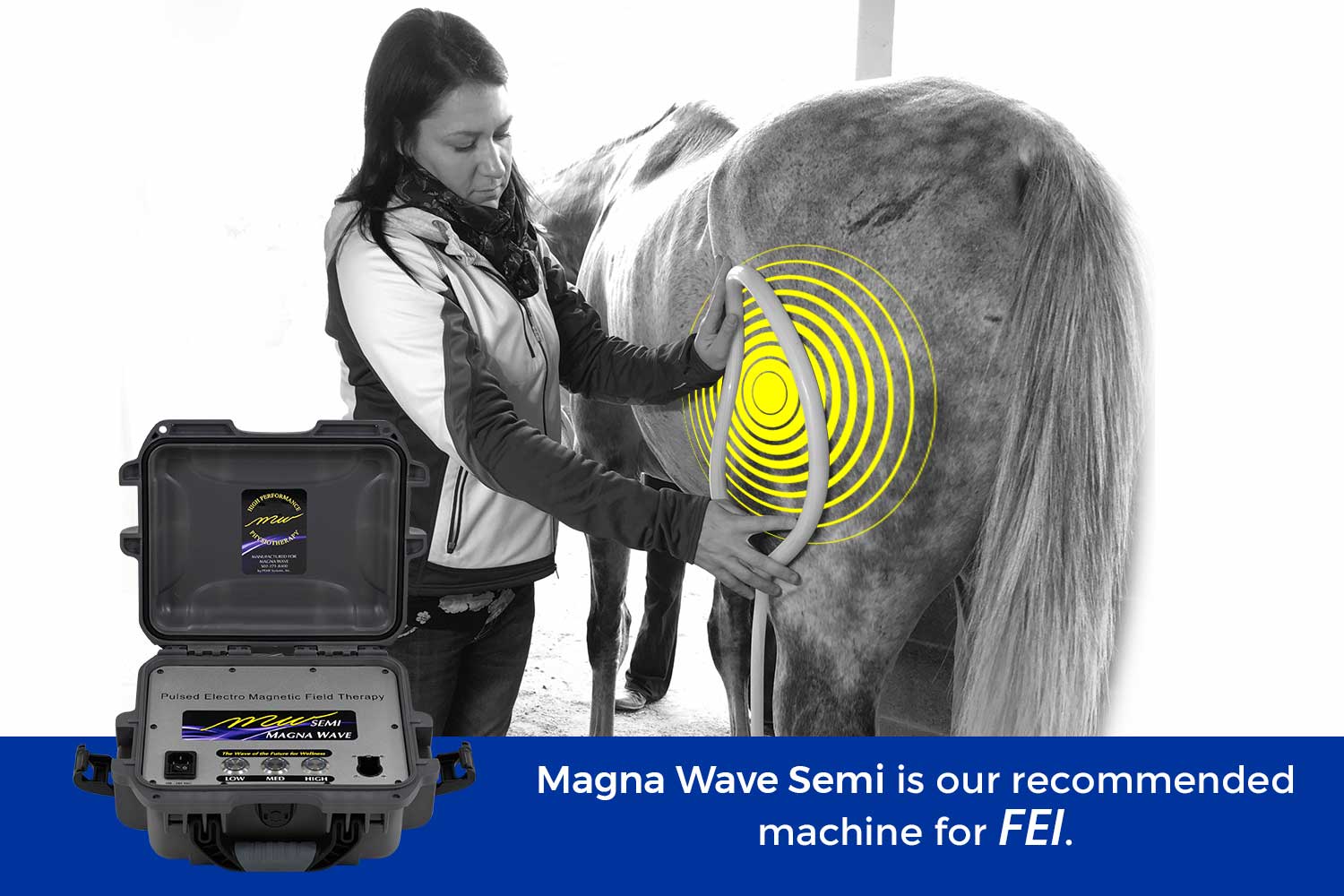 Get Trained to Use Magna Wave PEMF on Horses