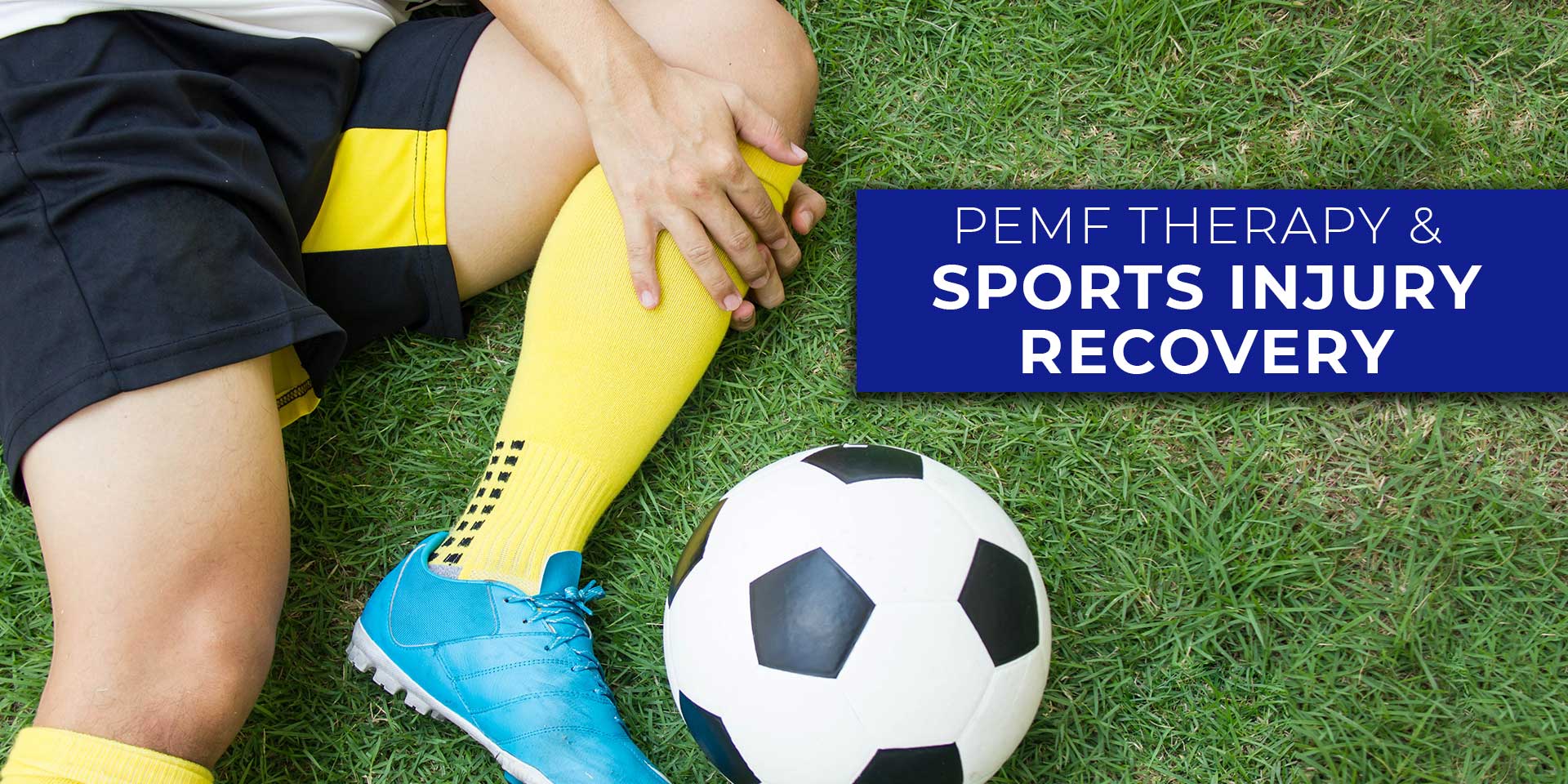 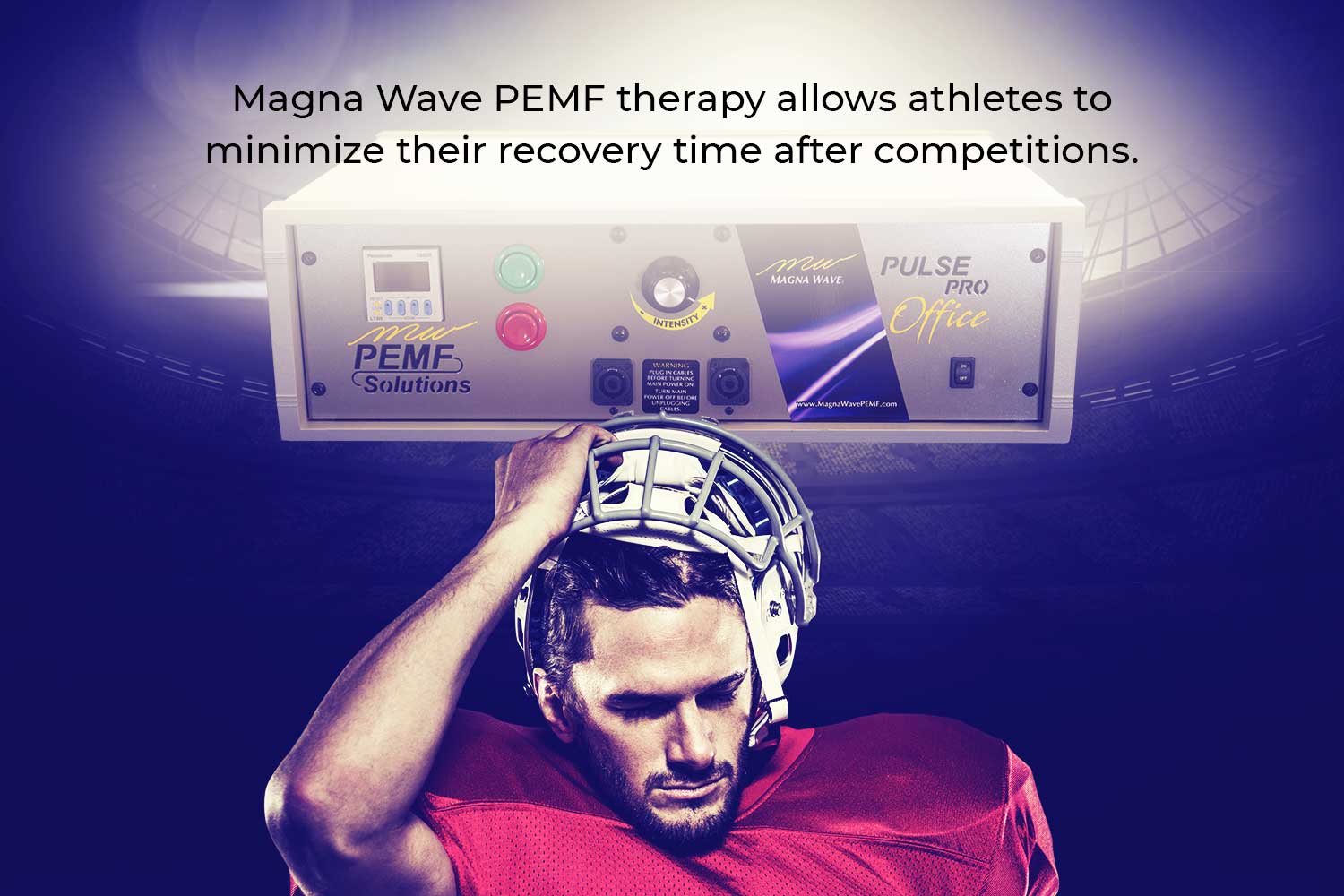 Swelling of the tissues is created by exercise itself. This can be a big disadvantage to athletes. Swelling of muscles and tissue also occur in all injuries. Many athletes try to relieve pain through anti-inflammatory medicines. These offer temporary relief but can also have adverse long-term effects. PEMF therapy reduces swelling which promotes quicker healing. PEMF therapy is ideal for athletes as it boosts the body’s own healing process by increasing blood flow and stimulating the body to repair damaged tissue. Improved blood circulation will make bruises disappear faster. Magna Wave PEMF therapy allows your body to heal in a healthier natural way without any adverse side effects.

PEMF Therapy and Sports Injury Recovery Used for Many Issues

Ham String – Injuries are a result of strained or pulled muscle at the back of thigh. This injury is often found in sports with a lot of running with sudden stops.

Back Pain – over-activity leads to pain and soreness in the lower back due to muscles and ligaments being overstretched.

Sacroiliac Joints and Tailbone – The sacroiliac joints are located at the lower part of the back and are responsible for the twisting movements of the legs. These joints and the tailbone can be injured by falls onto the backside.

Knee Injuries – Knee ligaments are often injured during sports. Sports involving a lot of jumping and landing, running and stopping and changes in direction are prone to ACL injuries. MCL injuries are caused by a direct blow to the outside of the knee. A patellar tendon tear is caused by a direct fall or landing after a jump.

How Does PEMF Therapy and Sports Injury Recovery Work?

PEMF therapy works at a cellular level and has been found to improve blood circulation, relieve pain & lower inflammation, increase range of motion, improve bone & soft tissue healing and stimulate nerve cells. PEMF therapy and sports injury recovery is achieved by sending electromagnetic pulses through injured tissue. Electromagnetic pulses stimulate cellular repair by increasing the uptake of oxygen and nutrients into tissue. The chemical reaction in every cell is stimulated by the pulsed electromagnetic fields. Cells are given the energy they need to work more efficiently. This enables the body to self-heal as the cells become energized to function better and heal damages. Muscles are able to work harder, longer and recover quickly. This results in the body performing better and the athlete having more energy, endurance and stamina on the field. PEMF therapy and sports injury recovery is safe for humans, equines, and small pets. 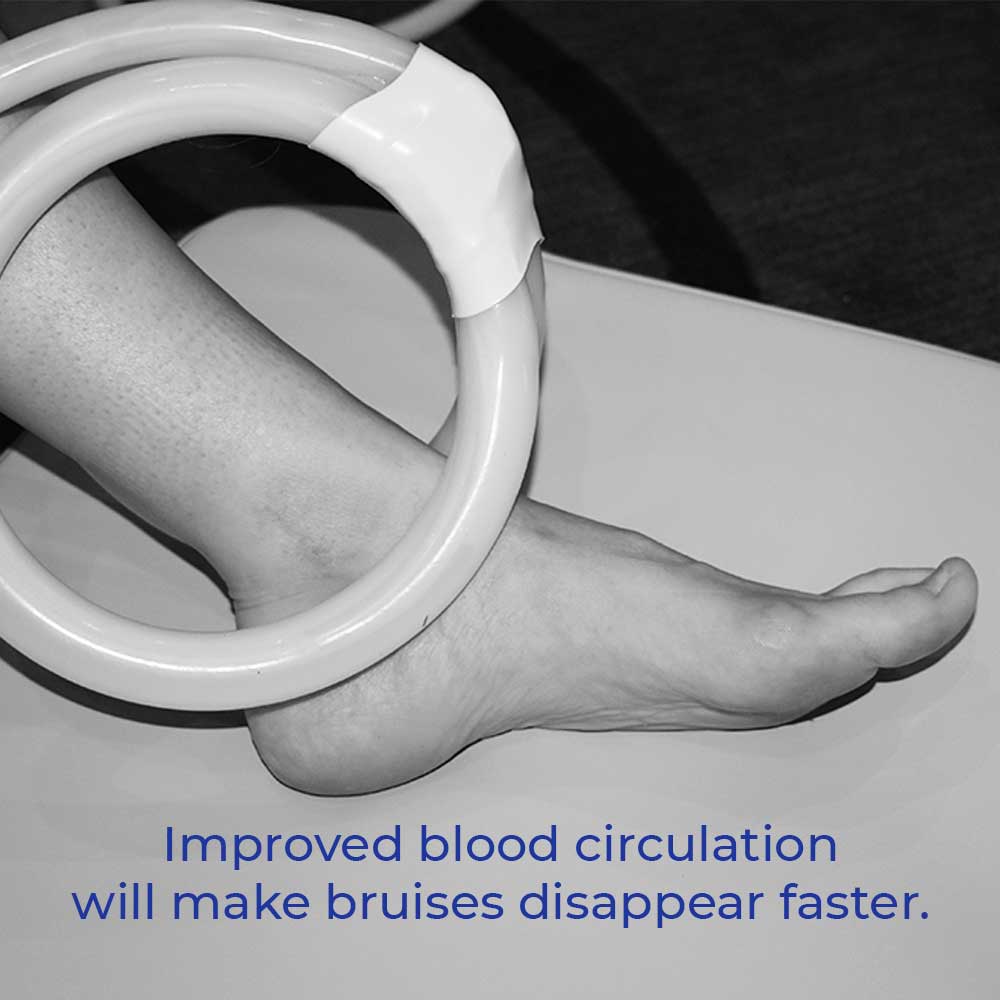 Talk to a Product Specialist about Athlete Options